Robert Wadlow, the tallest giant ever

The tallest man officially certified by the guiness book in history was Robert Pershing Wadlow, who was 8″11.1 tall. Before his early death (22 years old), he was still growing. Let’s discover the life of this giant among giants through this article. 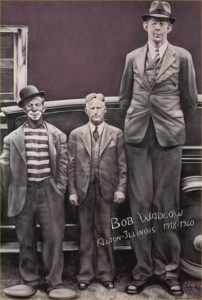 Robert was born on 22 February 1918 in Alton, Illinois, USA. At birth he was 1″8 tall and weighed 8.5lb. He was a normal size at birth but soon began to grow abnormally. At the age of six months his parents began to suspect that he was growing unusually fast. At 6 months Little Robert measured 2″10 and weighed 30lb. At 18 months, the future giant measured 4″3 m for 67lb. In kindergarten, at 5 years old, he was already 5″6. At 13, he was 7″4 and became the tallest scout in the world. At the age of 19 he reached 8″6 and became the tallest man in the world. Shortly before his death, at the age of 22, Robert Wadlow was measured at 8″11.1. 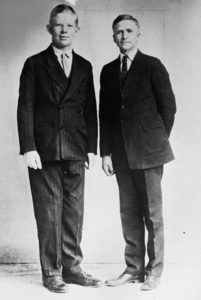 Why was Robert Wadlow so tall?

The tallest (certified) man of all time suffered, like Andre the Giant, from a pituitary gland disorder. This disorder caused his pituitary gland to release too many hormones, especially growth hormones. This problem also deforms the extremities, hands, feet and face. This disorder, also known as gigantism, is currently very well treated in developed countries. It is possible to inhibit the secretion of the hormone via an appropriate treatment. Unfortunately, this was not the case at that time. 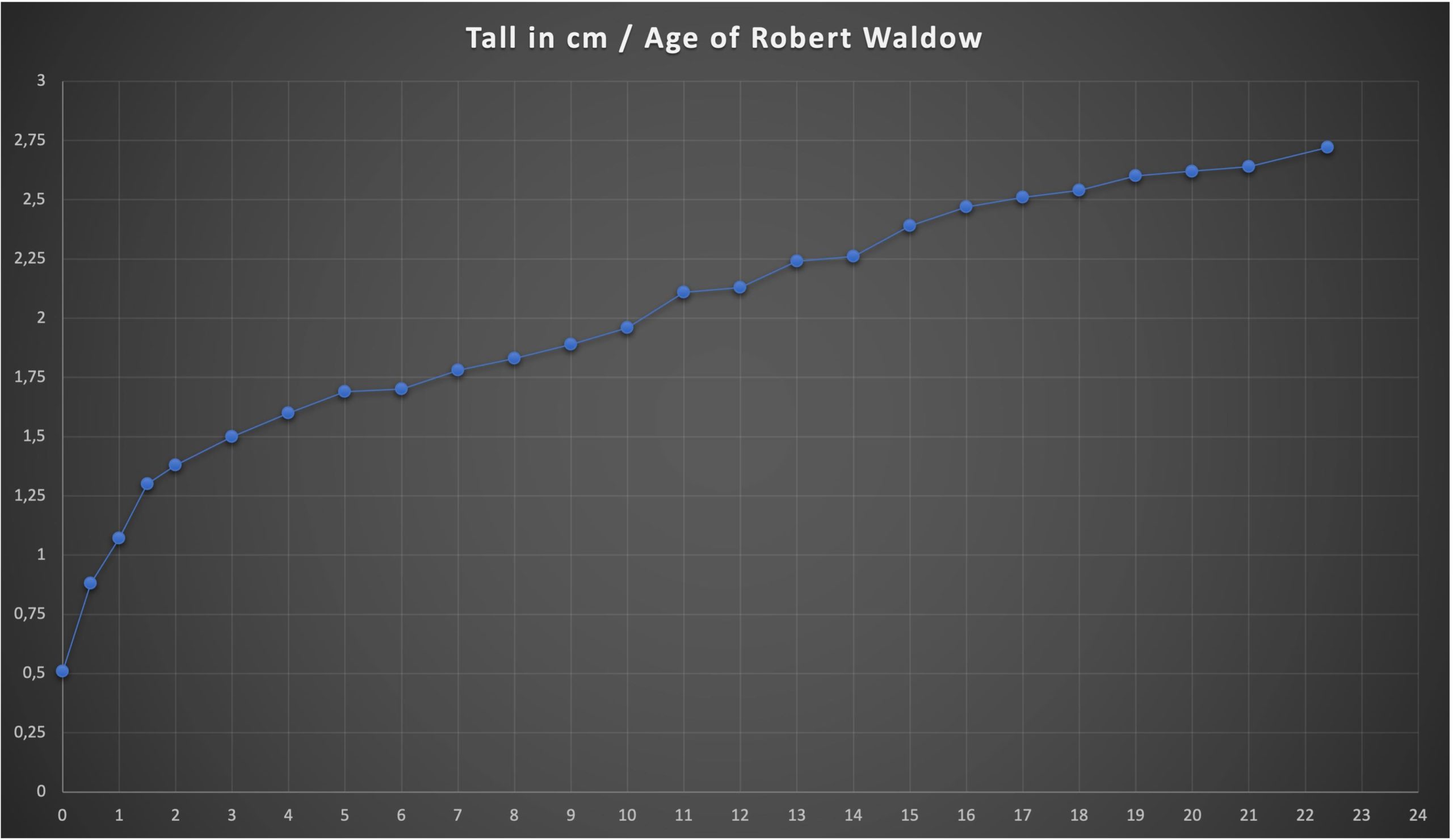 How did he live on a daily basis?

Being over 8″3 tall in the 1930s was more complicated than today. He needed 3 beds to sleep in. A special table was set up at home so that he could eat without being bent in half. At school, a desk was made for him. At university he even had the right to a tailor-made chair. At the age of 18, he needed three times the normal amount of fabric to make his clothes. Robert also wore size 72. It cost him a fortune to make shoes to fit him. Fortunately, he was able to find a manufacturer who agreed to make shoes for him in exchange for a promotional tour. This tour throughout the United States required a car to be fitted out so that he could be comfortable. Even after his death he imposed adjustments. His coffin was 10 ft 9 in high and required twenty people to carry it. 40,000 people attended his funeral. 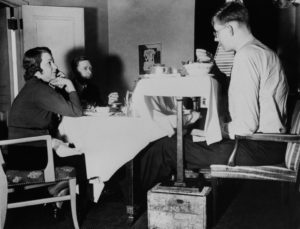 How did he die?

Because of his size Robert needed a cane to walk and a brace to correct defects. The brace he was wearing had been incorrectly adjusted and caused him an injury. The injury was initially poorly treated and became infected. The infection went from bad to worse and could not be cured. At only 22 years of age the giant died in his sleep. Who knows how much he could have grown? When he died, his hands were 12.7 inches long and his feet size was 37 (18.5 inches). 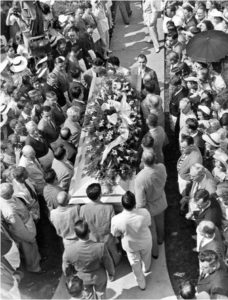 The funeral of Robert Wadlow

What are the best stories about Robert Wadlow? 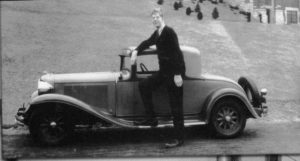 The story of Robert 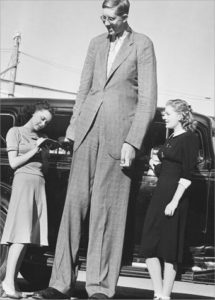 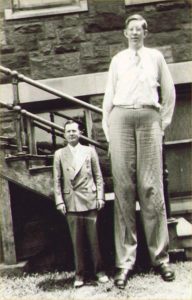 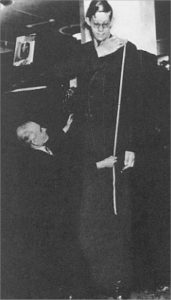 At the tailor’s, his future best friend 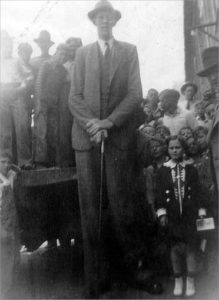 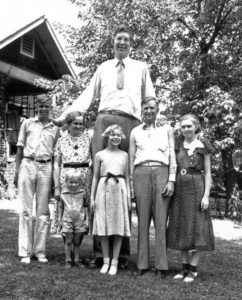 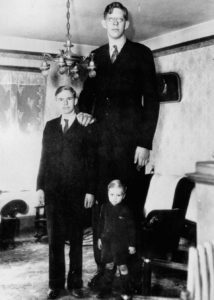 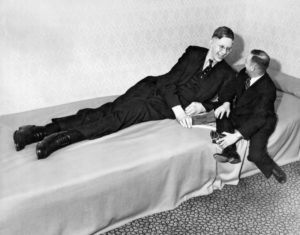 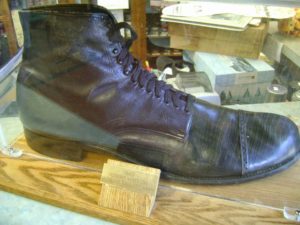 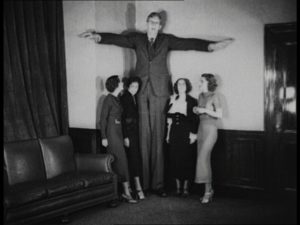 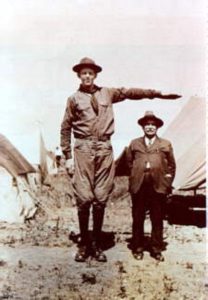 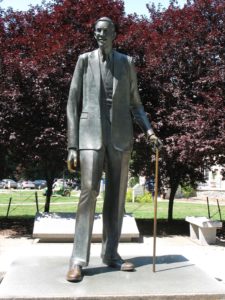 If you liked the article, discover the one about the incredible André the Giant!

See you soon on Wetall!