Who are the tallest men of all time?

Today Wetall brings you a presentation of the tallest men in history. The list only includes those who have been approved by the Guinness Book*.

The ten tallest men of all time: 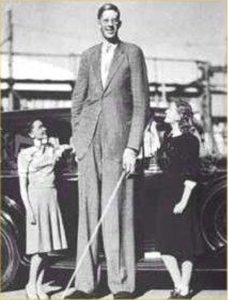 Robert Wadlow is the undisputed tallest man of all time. His untimely death at 22 prevented him from growing any taller. Who knows if he could have reached 10 feet? When he died Robert was 2.72m tall (8’11) and his feet were 47cm long. At the age of 9 he was already two metres tall (6’7) and carried his father on his back. 4000 people gathered at his funeral. Find out more about his life, his story and videos on the Wetall article about Robert Wadlow, the tallest man of all time. 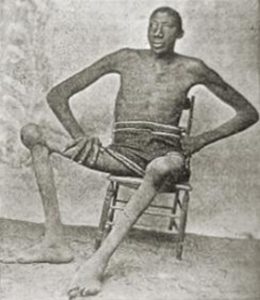 John Rogan had the particularity of not being able to stand up. In addition, unlike other larger giants such as André The Giant and his 200kg, John weighed only 93kg! He suffered from severe ankylosis in his hands and hips. John was the largest African-American in history. 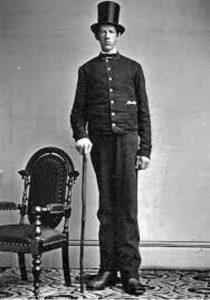 Like his namesake above, John had severe health problems that prevented him from standing up straight. Remarkably enough, his incredible growth didn’t really start until the age of 16. It continued until his death in 1969 at the age of 37. 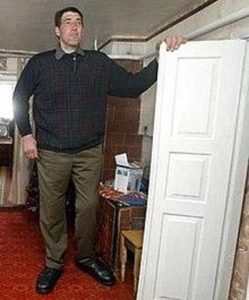 Leonid was never recognised as one of the tallest people in history during his lifetime. He always refused to follow the Guinness Book measurement protocol to certify his height. He preferred to live quietly at home. It was after a brain operation that Leonid began to grow a lot. He graduated from high school with flying colours and was top of his class at veterinary school. He started to practice as a veterinary surgeon but had to stop because of his size. He continued as a farmer. In 2014 he died of a brain haemorrhage, he was 44 years old.

Édouard was nicknamed Géant Beaupré in his native Canada. At the age of 17 he joined a show troupe as a strongman. He later joined the Barnum and Bailey circus and died of tuberculosis at the age of 23.

Väino had two periods of growth. The first period saw him reach 2.22m (7’3) at the age of 21, and the second in his late thirties saw him reach 2.51m (8’3). Myllyrinne was also the tallest soldier of all time. He later became a professional wrestler in a travelling circus.

Sultan is one of the only men of the world’s ten tallest still alive. He is therefore the tallest man alive. Sultan is a part-time farmer and needs crutches to walk. He also has the largest hands in the world (27.5cm / 10 inches). 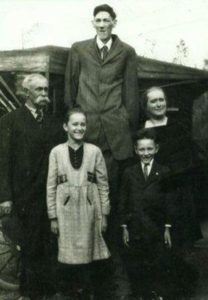 Bernard was discharged from the army because of his size and therefore did not participate in the First World War. At his death he was the tallest man in the world. He wore size 24. 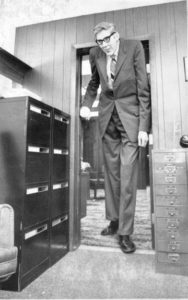 Don was American and died in 1981 at the age of 55. His great size allowed him to work for a local car salesman who wanted to boast about the great interior space of certain models. Interestingly, he also happened to have a twin sister, who was 74cm/29 inches shorter than him – a record! 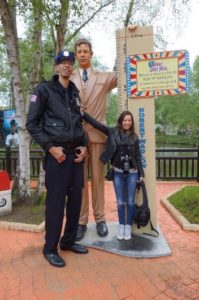 Do you think anyone will ever outgrow Robert Wadlow and his 2m72 one day? Answer in comments 🙂

Find the ranking in pictures:

*possible homologation depending on the era