Which country has the biggest…average height?

Wetall is a specialist in tall people, so it makes sense to look at the average height of people in every country in the world, so you know where you can blend in on holiday. 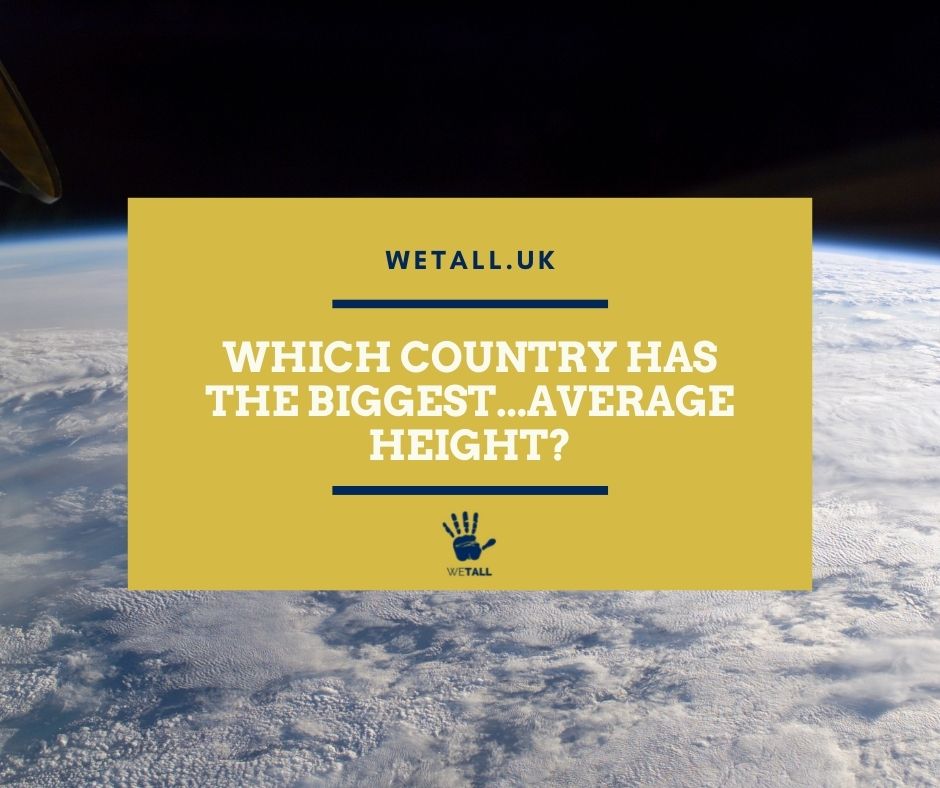 Numerous studies are regularly carried out around the world to define the average height of populations in each country. This provides a global picture of the population height of each country. However, some population size studies are not conducted on a large enough scale to make them valid. We will therefore present different rankings: official and unofficial ones. We will also look at the trends in average heights over time by country.  Finally, some videos and external links will help us dig deeper into the matter.

The most important study carried out on the subject is the one directed by James Bentham. They analysed 1472 studies from 200 countries:

Average height for men per country:

All the ranking here

All the ranking here

Other smaller studies have been carried out and have shown different results. Often the sample size was not large enough to be representative of the population. Therefore, the following ranking is an unofficial one.

Studies about height average in the world

Changes in population height over time

The majority of countries have seen their quality of life improve in recent decades. This has had a direct impact on the increase of their average height.

The results in pictures : 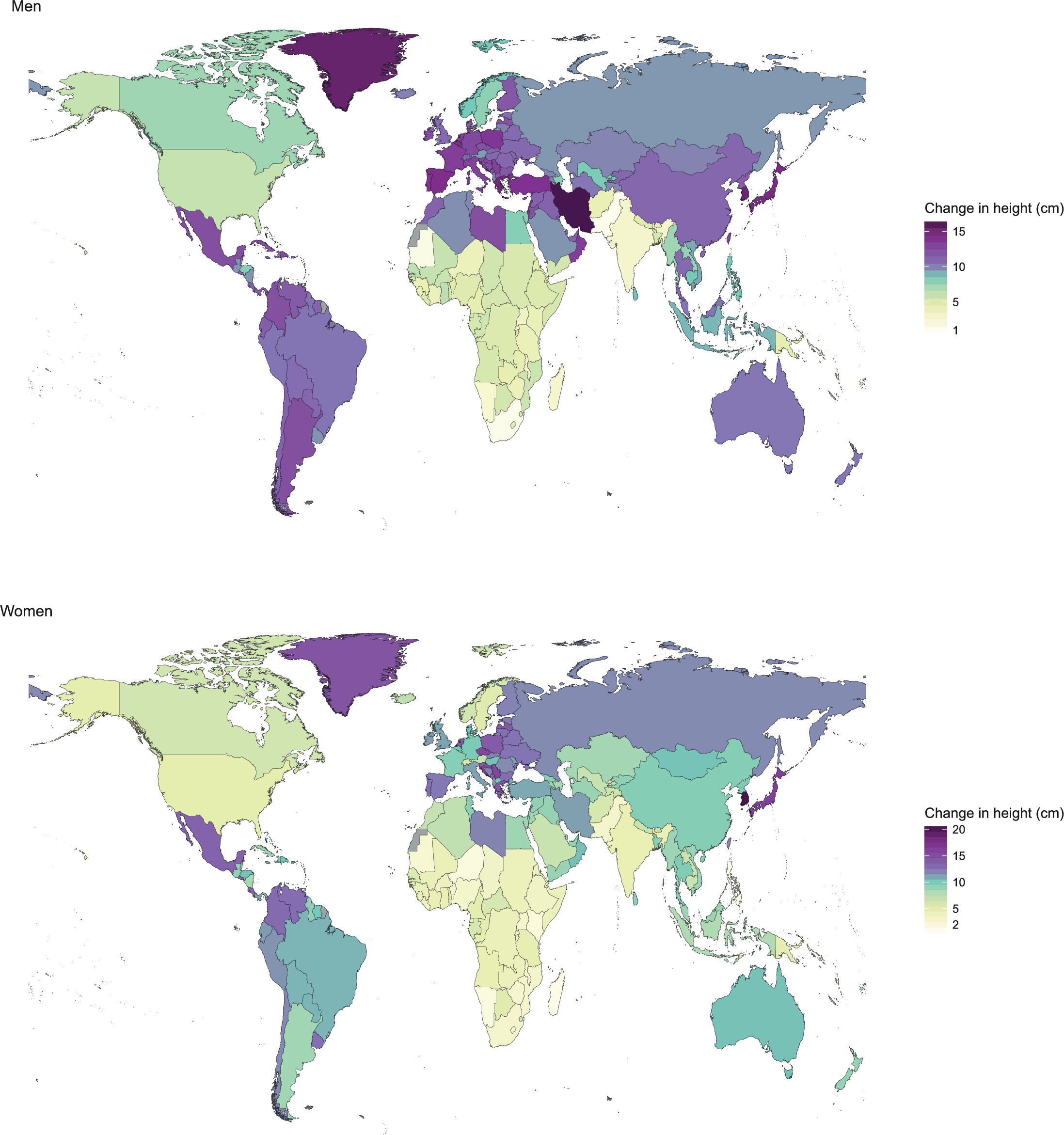 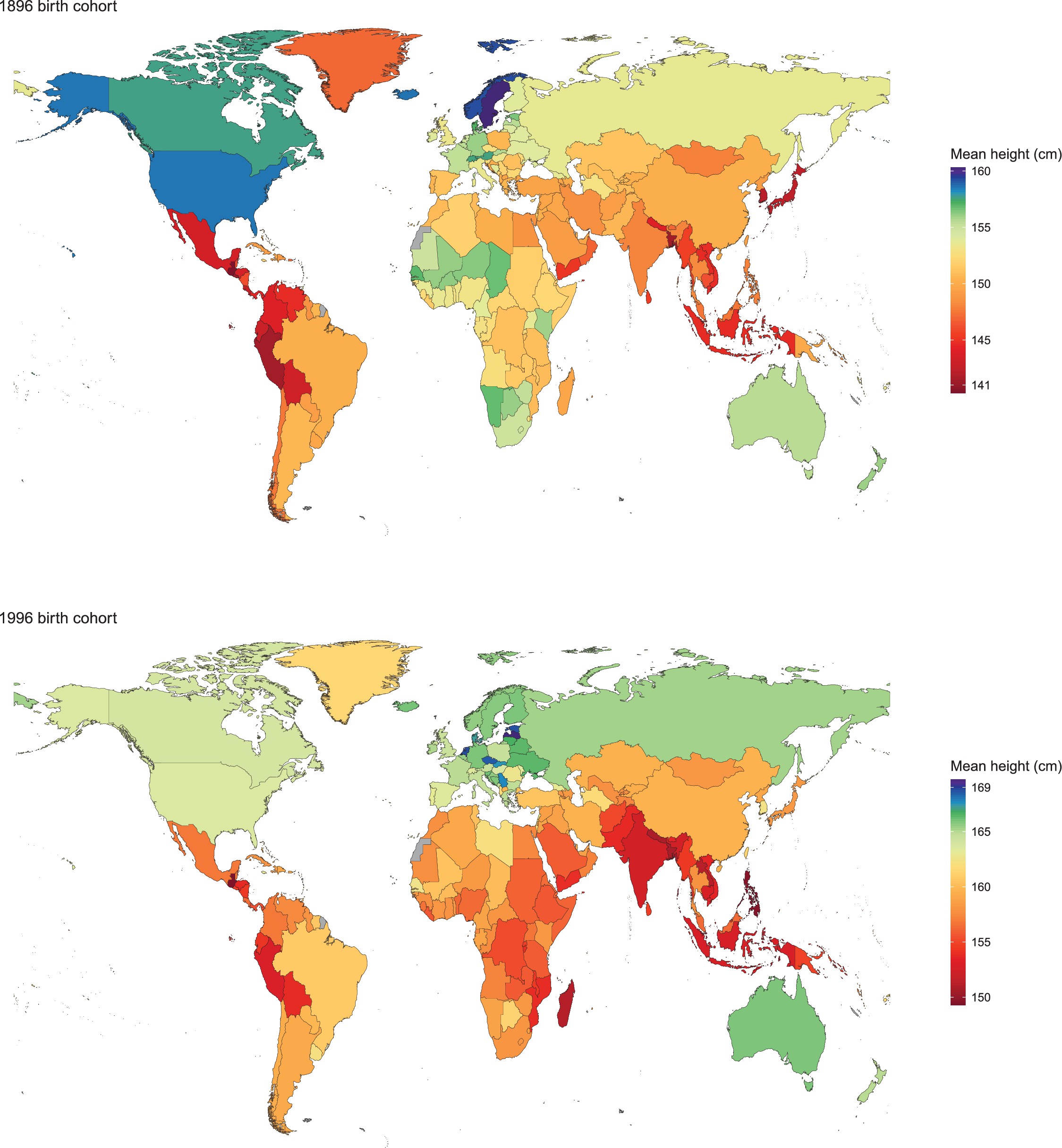 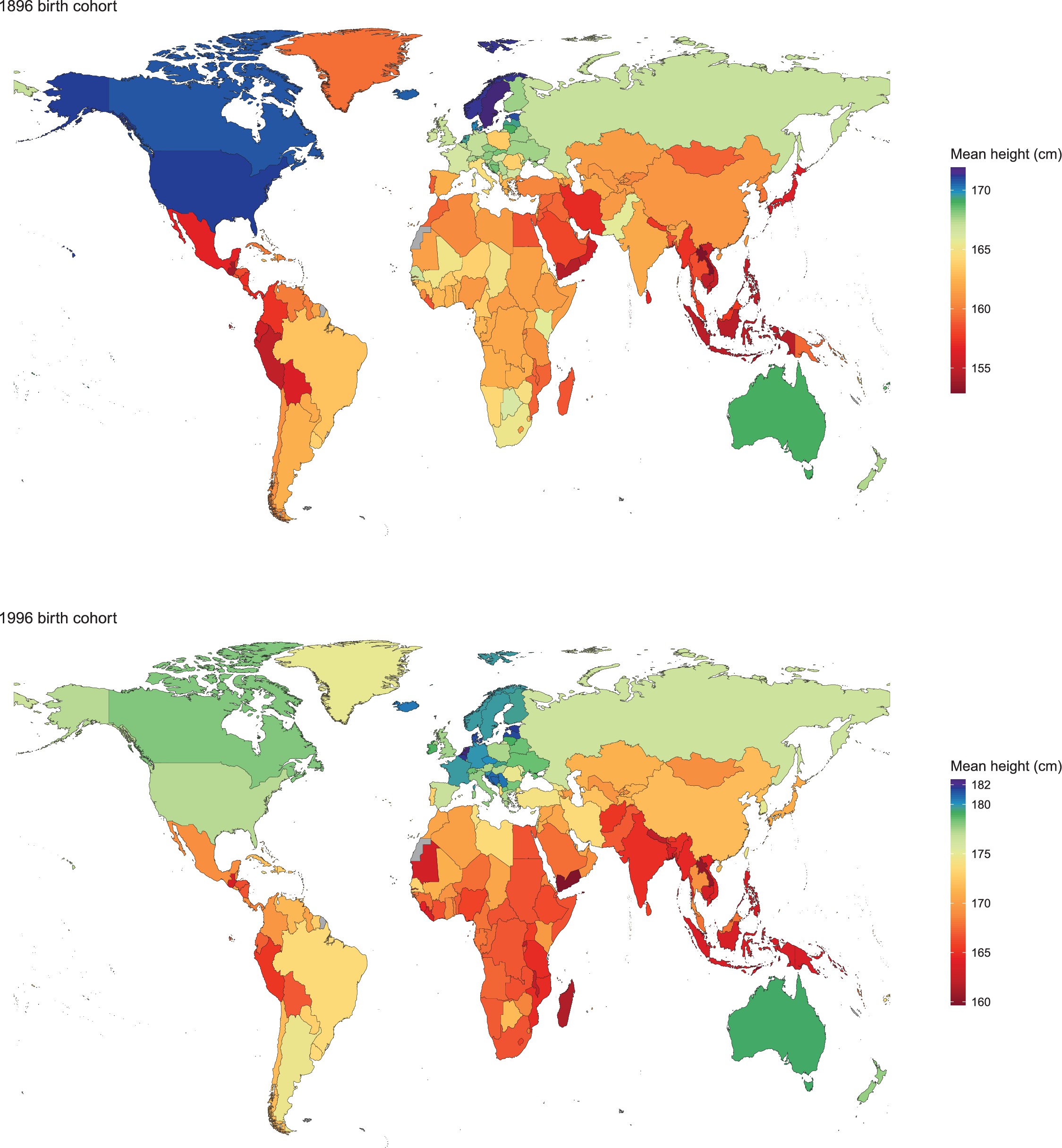 Evolution of the average male height

Find all the data on the study in the article published by James Bentham and his team.

Why are the Dutch so tall?